Boston is the capital and largest city of the US state of Massachusetts, the largest city in the New England region of the US, and one of the oldest cities in the country.

Founded in 1630, Boston was a key site in the American Revolution. Its historic significance and cultural vibrancy make Boston a tourist hotspot, but students also flock to the city because of its outstanding reputation in higher education.

Boasting two of the top five universities in the QS World University Rankings: USA 2021, Boston is certainly a strong contender among prospective cities for ambitious students.

Not all the schools listed below are in Boston’s city centre – notably, MIT and Harvard are in the neighbouring city of Cambridge within Greater Boston – although they all share the strong academic prestige that is such a key part of Boston’s identity.

Here’s a quick introduction to the top universities in Boston:

Image: Beyond My Ken

It was established in 1899 by John Simmons, to help expand opportunities for women in the workplace. Today, it has 1,777 undergraduate students and 4,858 postgraduate students.

An impressive 91 percent of Simmons undergraduates are employed or in further study within six months of graduation.

Not to be confused with the University of Suffolk in the UK, Suffolk University is a private university located in the heart of downtown Boston. One of the advantages of living in the city is the easy access to career opportunities, such as internships and placements, which are offered by many of the companies located in the city.

The most recent figures published show that Suffolk University has nearly 7,300 students, of which undergraduates make up nearly 5,000. 1,331 of these students are international students.

Located just a few minutes away from downtown Boston, the University of Massachusetts, Boston is on a scenic waterfront campus. It ranks joint 90th in the recent USA rankings. The school has an enrolment of nearly 16,300 students this year, from 136 different countries.

The University of Massachusetts, Boston is a public research university with a commitment to urban and global engagement. Its research has a strong focus in the natural and social science, and the school received US$62 million (around £44 million) this year in research funding. 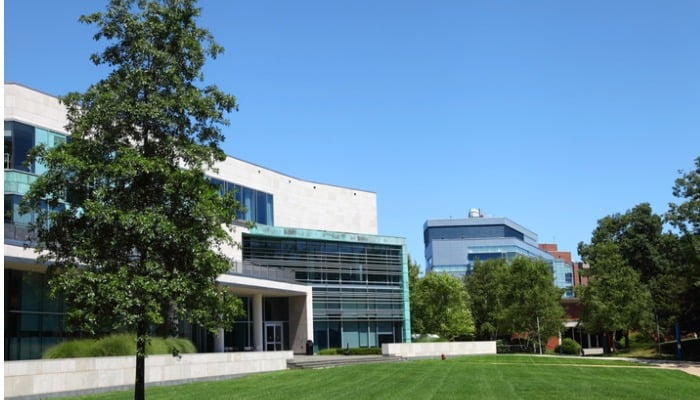 Founded less than 70 years ago, Brandeis University is one of the youngest private research institutions in the US, with a current enrolment of just over 3,600 undergraduates. The school is located nine miles west of Boston on 235 suburban acres beside the Charles River.

Although Brandeis is outside of Boston city centre, the university has a shuttle bus which makes over 30 trips a week into the city, making it easy for students to stay involved in urban culture. Ranked joint 62nd in the US and home to the Rose Art Museum, Brandeis has a particularly strong liberal arts focus.

Ranked joint 55th in the US, Boston College (BC) is a private research institution situated in Chestnut Hill, just south-west of Boston city. It is probably best known for its collegiate gothic landscaping, Chestnut Hill Reservoir and a leg of the Boston marathon route. Transport into Boston city is nearby, regular and integral to the BC lifestyle.

Boston College’s suburban campus stretches across 130 acres, offering an inclusive community culture. The term AHANA, used to refer to African-American, Hispanic, Asian and Native American students instead of the term ‘minority students’, was coined by Boston College in 1979. The college currently enrols 14,890 students in total. It is very selective, accepting only 26 percent of applicants. 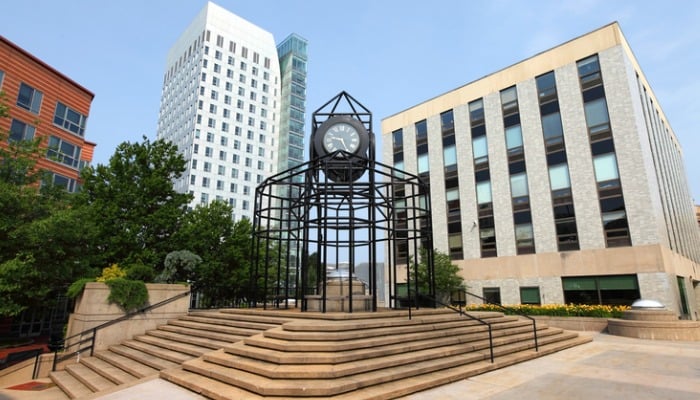 An experiential research institution, Northeastern University is focused on global and contemporary world issues. There are currently 20,400 undergraduates and 17,379 postgraduate students at the school.

Ranked 49th in the US, Northeastern is one of few universities in Boston to have its main campus within the city centre. Located in an area beside the Museum of Fine Arts and Symphony Hall, Northeastern is very much an urban university, but is also surrounded by trees and grassy areas. It also has a strong focus on community, since 2006 students have been involved in completing over one million hours of community service.

Tufts University has a campus in Somerville, approximately five miles northwest of Boston. The school ranks joint 36th in the US this year, according to the USA rankings. Tufts has a community of nearly 11,800, split fairly evenly between undergraduate and postgraduate students.

The university is just minutes away from the popular Davis Square – perfect for shoppers, foodies and concert goers – and is home to Boston’s Museum of Bad Art. There’s also a second Tufts campus, more centrally located, in downtown Boston’s Chinatown. The Chinatown campus is home to the health sciences programs and is nestled firmly within the city’s theatre, finance and commercial districts and within walking distance of Boston Public Garden where the famous swan boats can be found.

Ranked 20th in the US, Boston University is a private research university located in west Boston on the banks of the Charles River. It boasts  seven Nobel Laureates amongst its alumni, including Martin Luther King Jr. and Elie Wiesel, along with 35 Pulitzer Prize winners and six Academy Award winners.

There are currently over 16,900 undergraduates and more than 15,600 postgraduate students enrolled at the university, with a choice of over 300 programs. Many of Boston University’s nearby student residences offer some of the best views of the city’s skyline and are just a short walk from the centre of Boston’s vibrant social scene.

Located on 168 acres of land in Cambridge, facing Boston across the Charles River, the Massachusetts Institute of Technology (MIT) is the third best school in the US, according to the most recent USA rankings. MIT’s enrolment totals just over 11,500 students, of which 6,990 are postgraduates. Admission is highly competitive, with less than 10 percent of applications accepted each year.

MIT has a strong focus on science and technology subjects, and innovation and leadership . However, despite its name and main focus areas, MIT in fact covers a broad range of subjects. Its Sloan School of Management is internationally renowned, while more than half of undergraduates take at least one arts course.

Harvard University is the best school in the US according to the USA rankings 2021. Founded in 1636, Harvard University is the oldest institute of higher learning in the US and is currently home to 23,731 students. Like MIT, Harvard is in Cambridge, but close enough for students to pop across the river to explore the culture and nightlife of Boston.

Despite tuition fees being among the highest on the globe, over 55 percent of Harvard University undergraduates receive a financial aid scholarship. An impressive 98 percent of all Harvard undergraduate students choose to live on campus for the full duration of their four years, meaning the Harvard experience is a very immersive one.

This article was originally published in November 2013 . It was last updated in September 2021

Laura is a former staff writer for TopUniversities.com, providing advice and guidance for students on a range of topics helping them to choose where to study, get admitted and find funding and scholarships. A graduate of Queen Mary University of London, Laura also blogs about student life.

+ 1 others
saved this article

+ 2 others saved this article

How Yale University is helping US students find meaningful careers

Studying in the US: East Coast vs West Coast

The best student bank accounts in the US

How Much Does it Cost to Study in the US?

Top Universities in the US for Computer Science

How Much Does it Cost to Study in the US?

Top Universities in the US for Computer Science

The best student bank accounts in the US